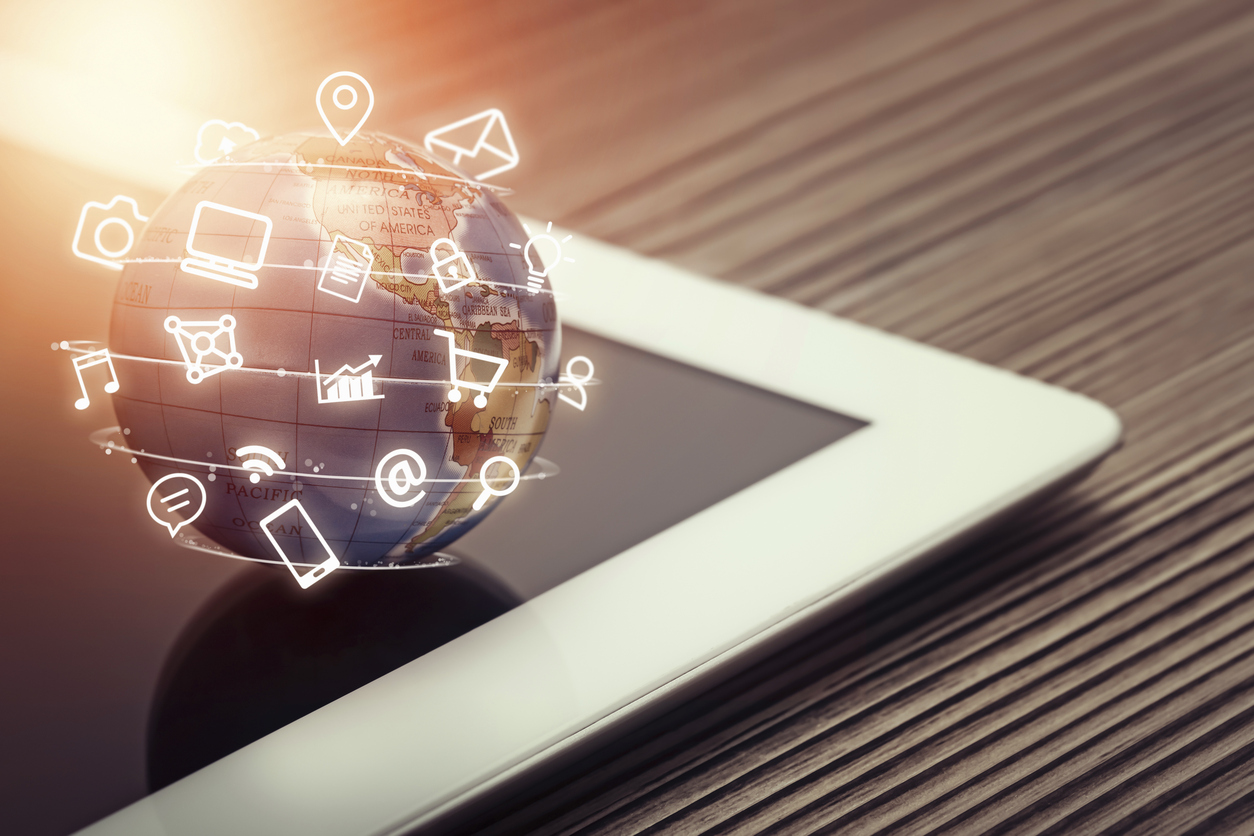 Digital subscriber line is a family of technologies that are used to transmit digital data over telephone lines. In telecommunications marketing, the term DSL is widely understood to mean asymmetric digital subscriber line (ADSL), the most commonly installed DSL technology, for Internet access. DSL service can be delivered simultaneously with wired telephone service on the same telephone line. This is possible because DSL uses higher frequency bands for data. On the customer premises, a DSL filter on each non-DSL outlet blocks any high-frequency interference to enable simultaneous use of the voice and DSL services.

The bit rate of consumer DSL services typically ranges from 256 kbit/s to over 100 Mbit/s in the direction to the customer (downstream), depending on DSL technology, line conditions, and service-level implementation. Bit rates of 1 Gbit/s have been reached in trials, but most homes are likely to be limited to 500-800 Mbit/s. In ADSL, the data throughput in the upstream direction (the direction to the service provider) is lower, hence the designation of asymmetric service. In symmetric digital subscriber line (SDSL) services, the downstream and upstream data rates are equal. Researchers at Bell Labs have reached speeds of 10 Gbit, while delivering 1 Gbit/s symmetrical broadband access services using traditional copper telephone lines. These higher speeds are lab results, however. A 2012 survey found that "DSL continues to be the dominant technology for broadband access" with 364.1 million subscribers worldwide.

In telecommunications, cable Internet access, shortened to cable Internet, is a form of broadband Internet access in which infrastructure previously used solely for cable television carries digital Internet. Like digital subscriber line and fiber to the premises services, cable Internet access provides network edge connectivity (last mile access) from the Internet service provider to an end user. It is integrated into the cable television infrastructure analogously to DSL which uses the existing telephone network. Cable TV networks and telecommunications networks are the two predominant forms of residential Internet access. Recently, both have seen increased competition from fiber deployments, wireless, and mobile networks.

The proliferation of Ethernet as a preferred access technology stems from its ease of deployment from a customer-edge viewpoint as well as its inherent scalability when compared with legacy TDM or SONET-based access methods. Despite the adoption of Ethernet by nearly all providers, numerous differences exist in provider-specific implementation not only among the different providers, but in many cases within a single provider’s product lines. This means that deployment of an overall topology – especially spanning multiple geographies across the nation or world – is often fraught with design considerations that must be addressed in order to ensure a uniform experience across the platform.  Our engineering staff is well versed in the non-MEF compliant variants of products both across and within carrier products sets, and we can design a solution to “engineer around” such limitations.

The maturity of wave division multiplexing (WDM) technology allows carriers to scale fiber assets as never before.  This technology provides organizations with the “dark fiber”-like scalability and flexibility of a dedicated transport network connectivity without the capital outlay or the responsibility of owning and operating network infrastructure associated with such assets. We leverage numerous providers’ product sets to provide highly resilient, high bandwidth point-to-point long-haul services of speeds up to 100Gbps in additional to early trial stages of Tbps long-haul connectivity.